Come and enjoy the spectacular world of Japanese Cinema at The Japan Foundation, New Delhi Office.

The Theme of the month is Silent Love

Short Synopsis:
On the first anniversary of his wife’s death, Akio, an elderly widower, is visited by his youngest son Tetsuo. Tetsuo has always felt like a failure compared to his elder brother and he says it to Akio. Not long afterwards, Akio goes to Tokyo to find his two sons and try to convince them to take over his tobacco farm. There, he finds that his eldest son Tadashi is working hand-to-mouth for his own family, and Tetsuo has fallen in love with a deaf-mute factory girl, and they are about to get married. A masterpiece describing the bond between father and sons. 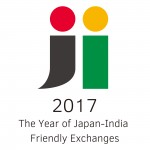