The Japan Foundation, New Delhi is pleased to support the Japanese Artists for Kochi-Muziris Biennale 2016. 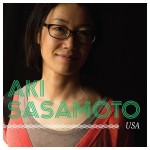 Ms. Aki Sasamoto
Aki Sasamoto is a New York-based Japanese artist born in 1980 in Yokohama. She works for various mediums of presentation such as sculpture and dance to deliver her ideas. Her works have been presented at different venues for performing art and visual art in New York and abroad. In addition, she has collaborated with artists of visual art, music and dance, and she also is a multifaceted artist being a dancer, sculptor and director according to the works. Aki co-founded Culture Push, a non-profit organization for art, in which diverse professionals meet through artist-let projects and cross-disciplinary symposia. Aki’s performance and installation works revolve around gestures on nothing and everything. Her installations are careful arrangements of sculptural objects, and the decisive gestures in her improvised performances create feedback, responding to sound, objects and moving bodies. The constructed stories seem personal at first, yet oddly open to variant degrees of access, relation and reflection. 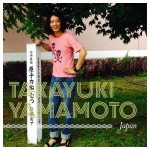 Mr. Takayuki Yamamoto
Takayuki Yamamoto was born in Aichi, Japan. As a former elementary school teacher, he creates the art that expresses a world view, which is not bound by rules of adults, by drawing out the honest reactions, creativity, and at times, the particular cruelty of children at his workshops for children. His projects portray the peculiarities of social systems and customs by which people are raised, through creative feelings that deeply lie in conversations and games among children.

Takayuki has shown his work in exhibitions around the world including Sharjah International Biennale 6 in 2000, Asian Art Museum, San Francisco, the 5th Biennial of Media Art, RMIT Gallery, Melbourne in 2012, and NUS Museum, Singapore in 2013. In 2014, Takayuki published a book titled ‘Most Wanted’, in which he gathered drawings of the most wanted criminals by elementary school students, offering us an insightful and occasionally humorous glimpse into the lively imaginations of the young generation.