Yuhhei Motoyama, a Japanese taiko drummer, has toured in India in 2014, with Bachiatari, a Japanese drum group.The tour was well-received that we brought another series of performances and workshops by the taiko drummer to India and, this time, also to Bhutan. The event is supported by Japan Airlines.

Bhutan tour was a part of Japan Week in Bhutan.

The glimpses of the events were broadcasted on a TV program of the Bhutan Broadcasting Service.
(https://www.youtube.com/watch?v=qHH_Isu8C7I).

Report on the Tour by Yuhei Motoyama
His report on the field trip is available :
in English
in Japanese

Yuhei Motoyama
Yuhei Motoyama started playing taiko from the age of twelve in a Japanese drum group, Hatoyama Koinnokai, based in Saitama prefecture, Japan. While he worked in the group for ten years, he did not only train himself in composing pieces but also had chances to play in various places, including Alaska, USA. When he was eighteen years old, he moved into Tokyo and joined a Japanese professional drum organization, Oedo Sukeroku Taiko. During his four year experience, he joined China tour in 2008. He became a member of Bachiatari in 2011 and toured in Bhubaneswar in 2013, and in in Delhi, Mumbai, Chennai and Coimbatore, in 2014. From 2013, he has also worked as a member of a taiko project, Indra. For more about Yuhei, visit https://youtu.be/4nOuubrQ3SQ, http://goo.gl/s68TJZ .

Indra, founded in 2013, is a Japanese drummers’ group specializing in the traditional Tokyo-style of playing Japanese drums (taiko). They are trying to create a new evolutionary style of taiko ensemble through their fusion of music, combining Japanese traditional Noh and Kabuki with essence of Western classical music, which sounds very powerful. For the Bhutan tour, Yuhei Motoyama, Masashi Okawa and Eri Ishizuka visited Bhutan to present their signature Indra-style taiko performance. For more about Indra, visit http://www.indra.tokyo/.

Glimpses of the Tours 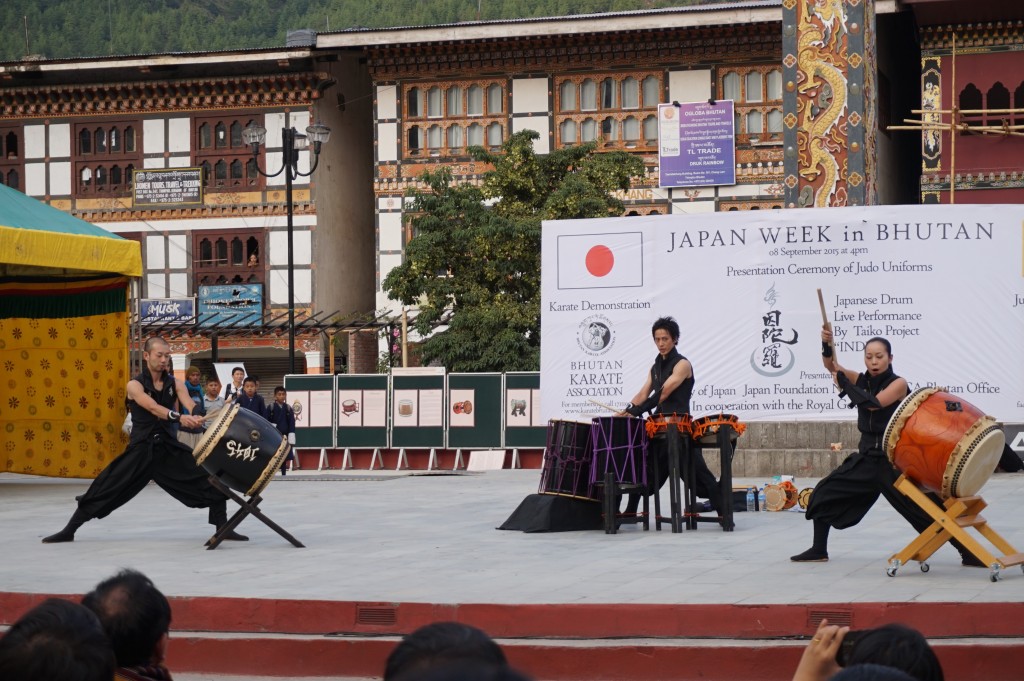 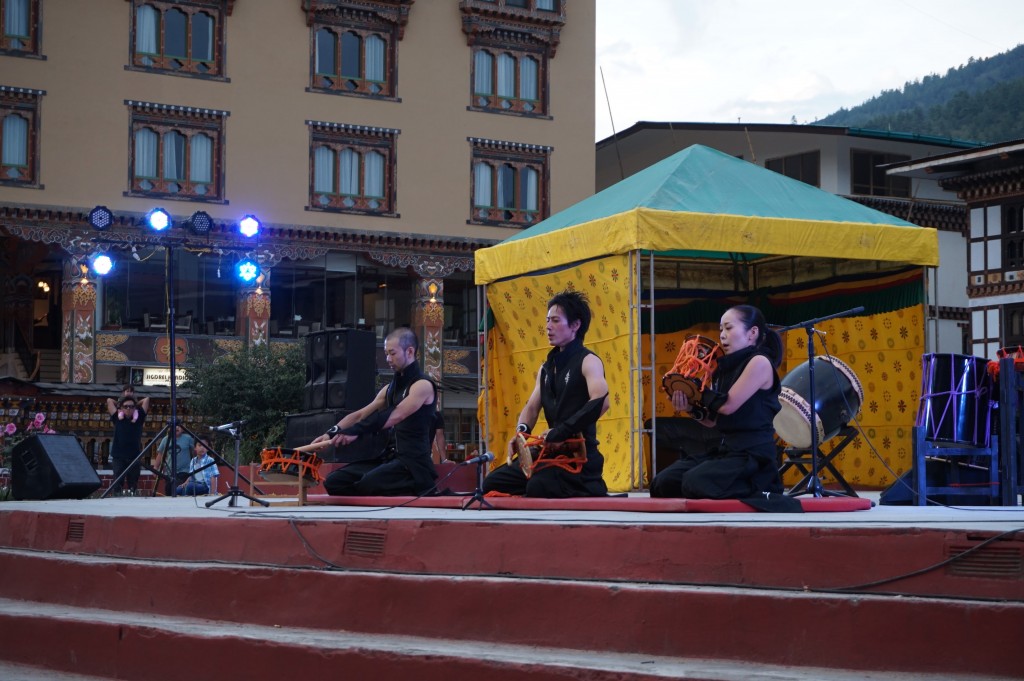 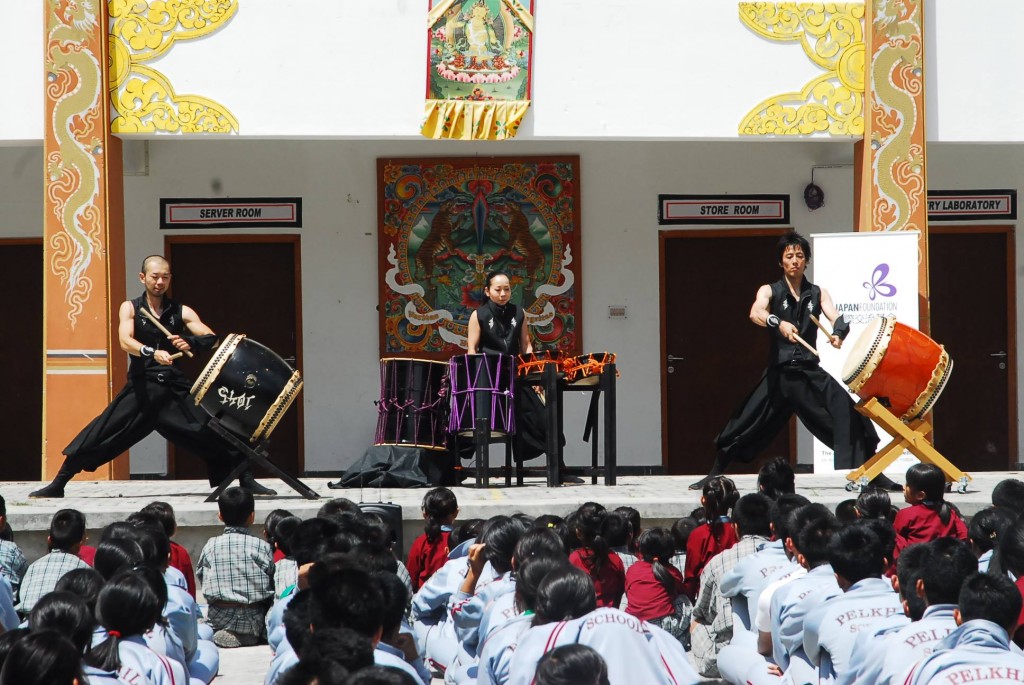 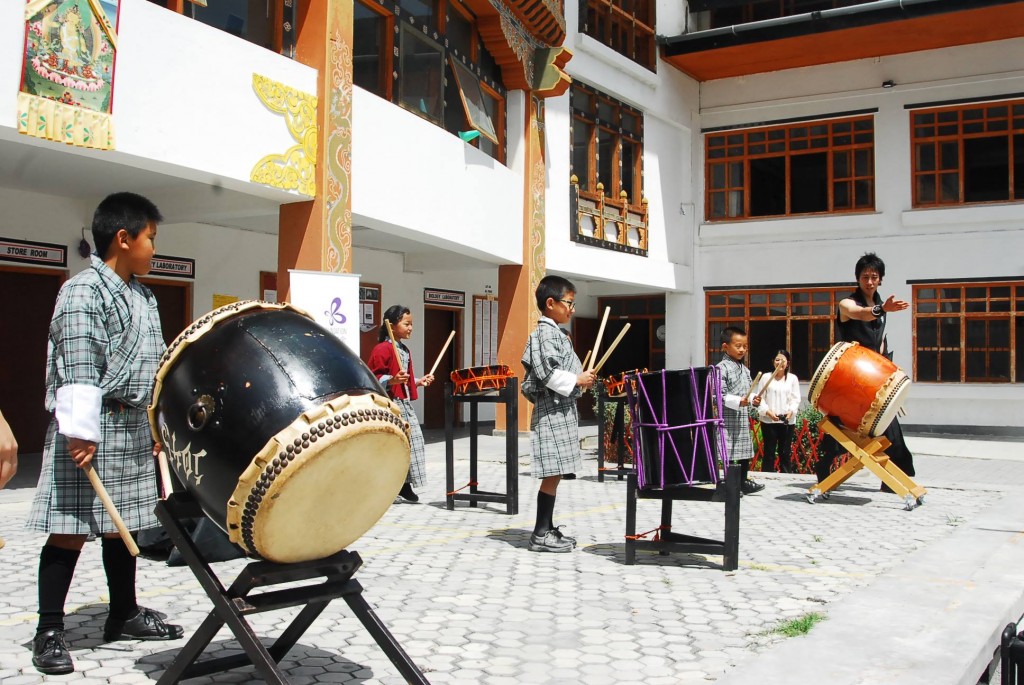 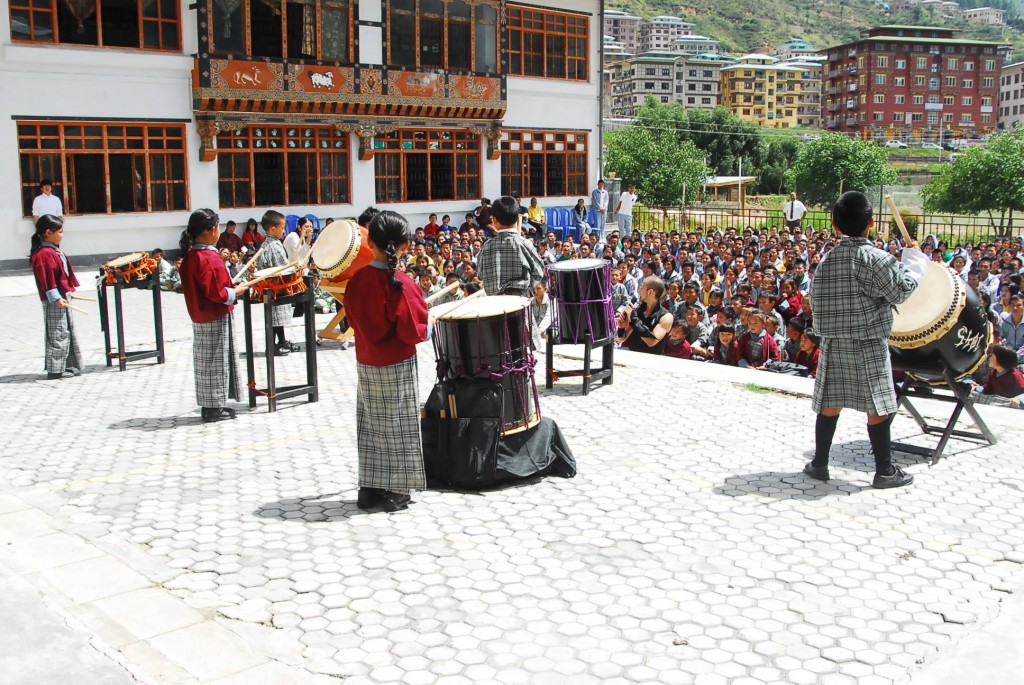 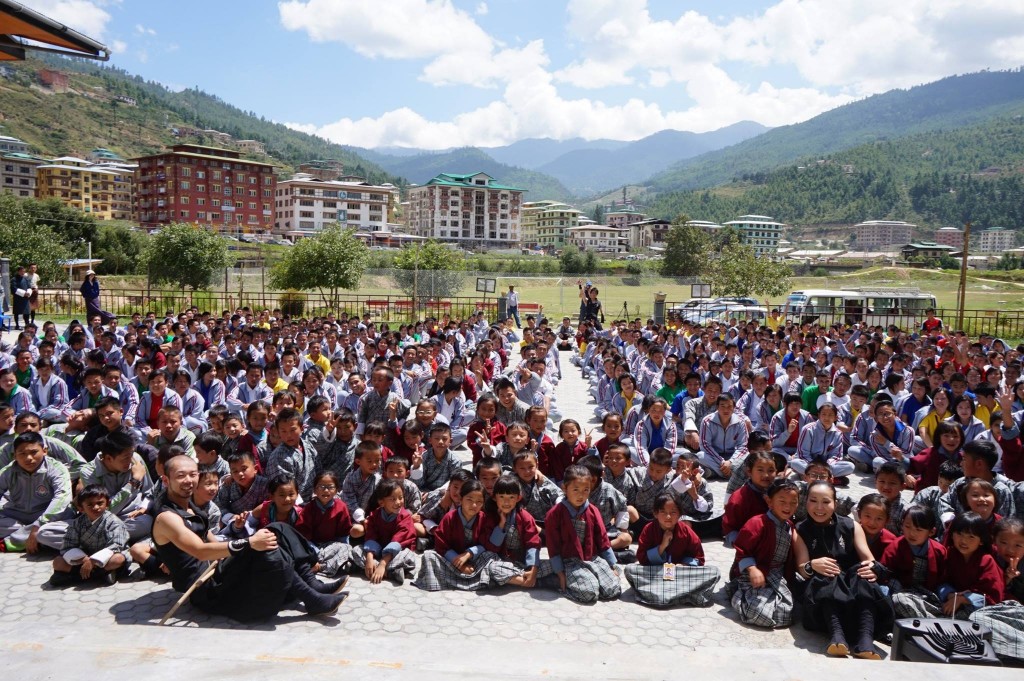