THIS WILL ONLY TAKE SEVERAL MINUTES

Home » Events » THIS WILL ONLY TAKE SEVERAL MINUTES

This Will Only Take Several Minutes / 午前２時コーヒーカップサラダボウルユートピア
A play by theatre collective, Hanchu Yuei and the Tadpole Repertory presented by The Japan Foundation, New Delhi

The Japan Foundation, New Delhi, presented a Indo-Japan collaborative theatrical production, ‘This Will Only Take Several Minuites’, as the very first featured presentation of The Year of Japan-India Friendly Exchanges. The piece was presented in four cities in India, having been created by a Japanese theatrical company. Hanchu-Yuei (範宙遊泳) and that of India, Tadpole Repertory.

Hanchu-Yuei and Tadpole Repertory started to interact since they met at the Tokyo Performing Arts Market (TPAM) in 2014, to which the director of the Tadpole Repertory, Neel Chaudhuri, was invited by the Japan Foundation, and where he watched Hanchu-Yuei’s ‘Youjo X’ directed by Suguru Yamamoto. ‘This Will Only Take Several Minutes’ is the compilation of their three years’ interactive work, including Hanchu-Yuei’s exploration and tour to India in 2015 and 2016, and for which the companies worked for a month before the premiere. We believe that opening the Year of Japan-India Friendly Exchanges 2017 with this production was appropriate because the process of creation of the production, from the script to the staging, by the young able directors of Japan and India together with the three selected actors of the each company is as the past cultural exchange between Japan and India, as both have been steadily built over years. 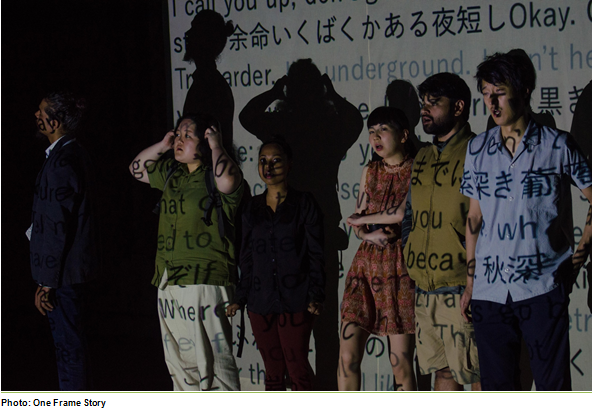 (Workshop on Characterisation) 10am to 1pm, 23rd January, at Shoonya – Centre for Art and Somatic Practices
Entry at https://www.instamojo.com/shoonya/building-character/ 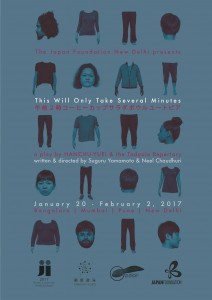 Story
This Will Only Take Several Minutes’ is set in a city not far from yours. Six strangers confront themselves and each other, seeking out their place and purpose. They grapple with hunger and sickness, love and solitude, through their shadowy pasts and the foggy present. In all of this there is, but, one certainty – that they cannot escape this place and must try anything they can to bear it. People speaking different languages and having diverse cultures are getting connected and gathering the threads of one’s story and time.

Directors
Hanchu-Yuei’s Suguru Yamamoto has received attention not only in Japan but also from other Asian countries, for his unique staging combining the projected letters, movies, images, colours, lights and shadows with actors on the stage, and for his script questioning audiences’ sense of ethics. His counterpart, Neel Chaudhuri is originally from Bengaluru, who, now, is a Delhi-based director leading the rising Tadpole Repertory. Neel has been highly acclaimed in India, having being awarded the Hindu Metro Plus Playwright Award in 2010 and Mahindra Excellence in Theatre Awards in 2015.

Press Release (only in Japanese)
Click the image to open the pdf file. 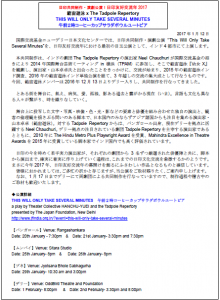 Voice of the audience

Glimpse of the performances 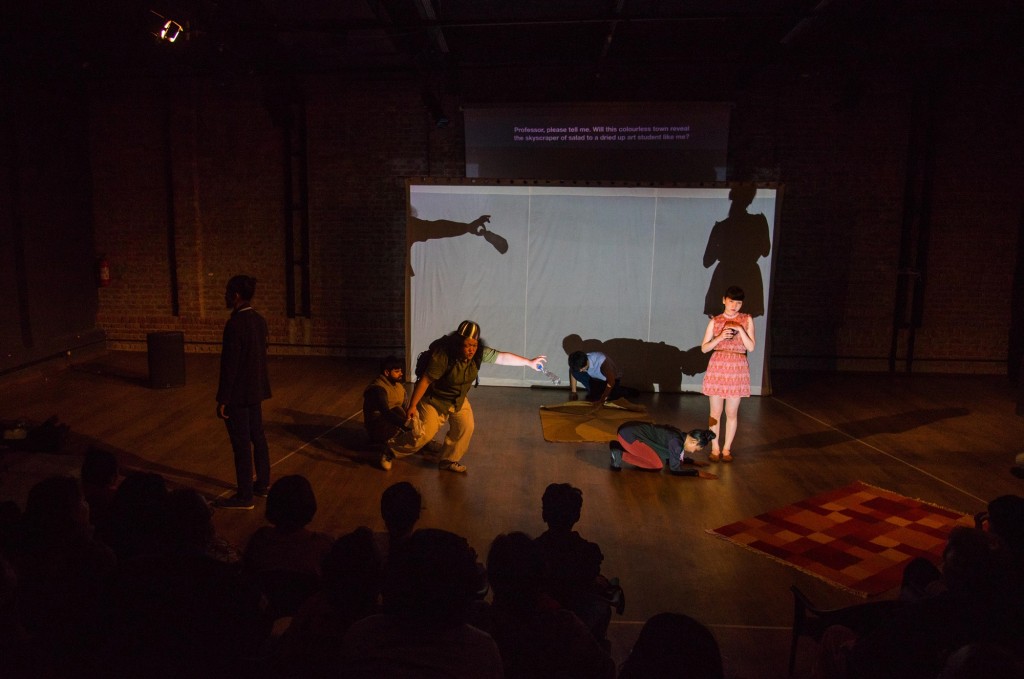 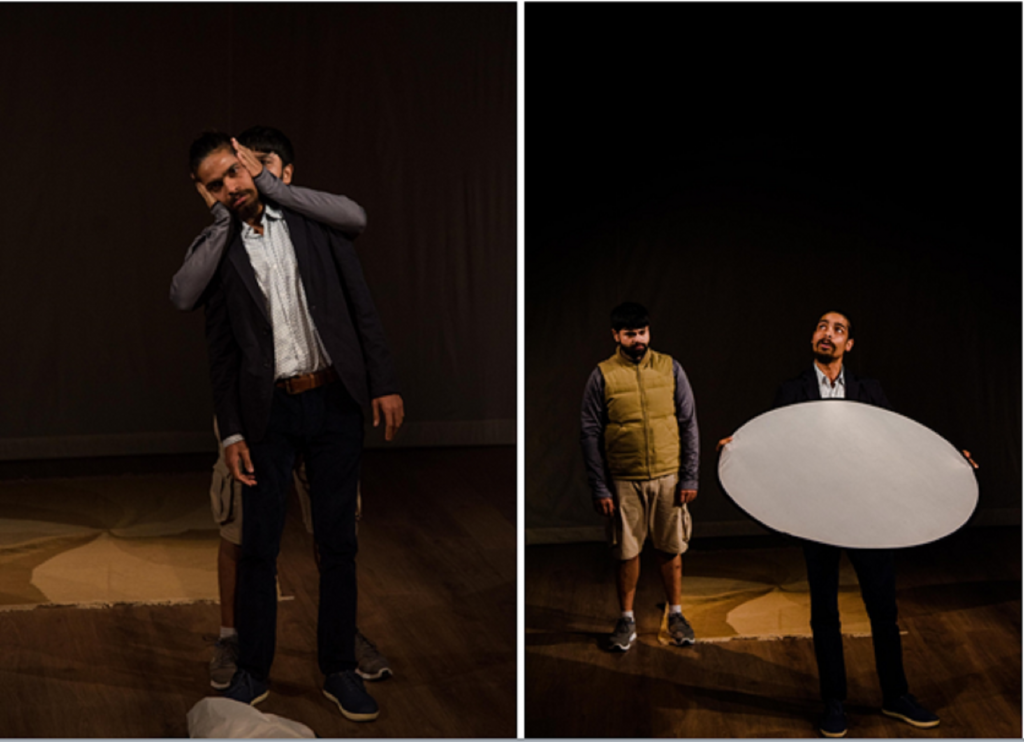 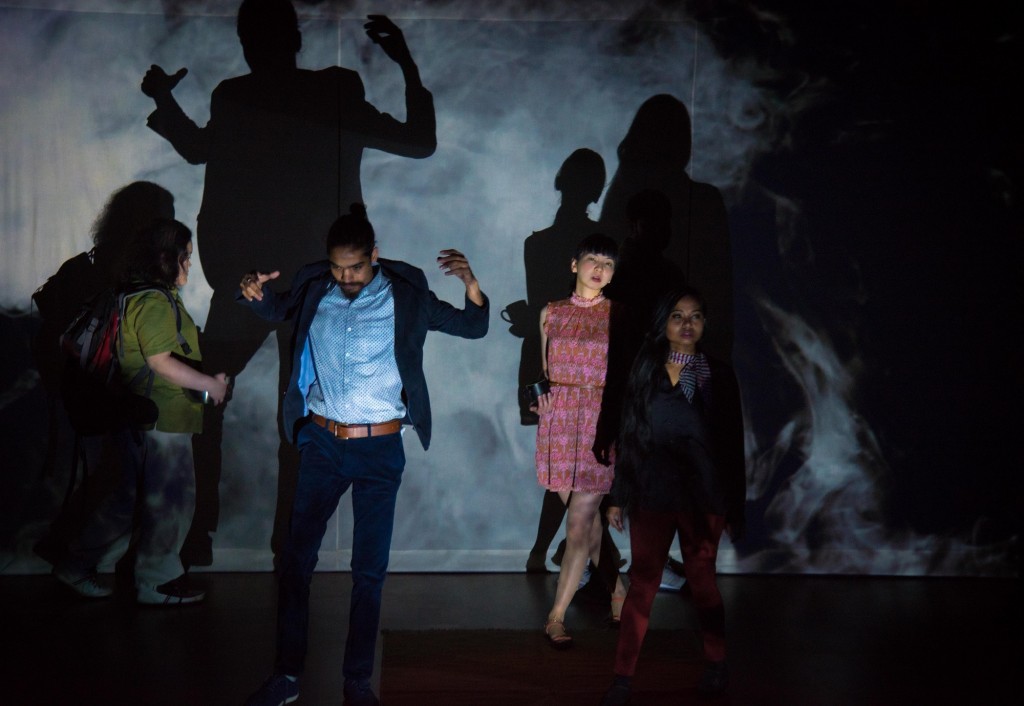 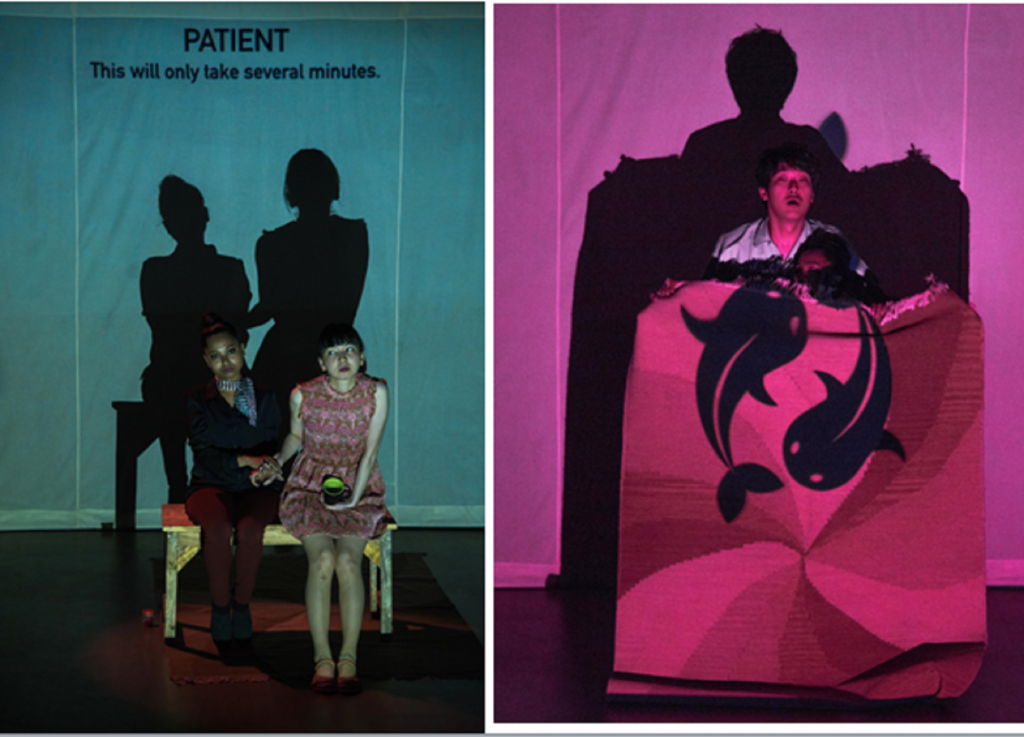 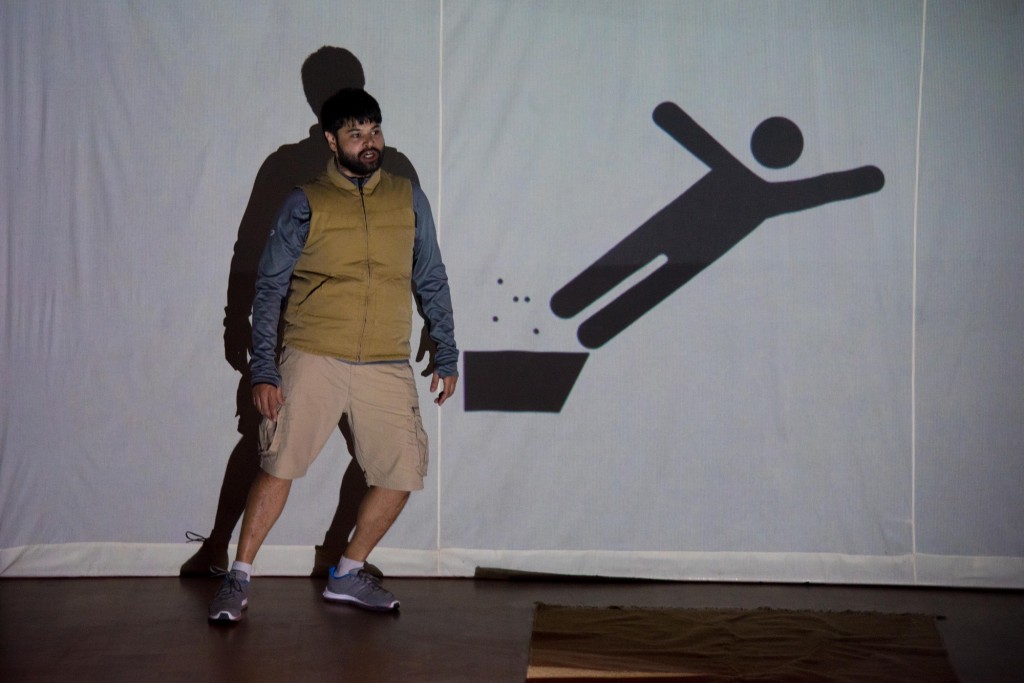 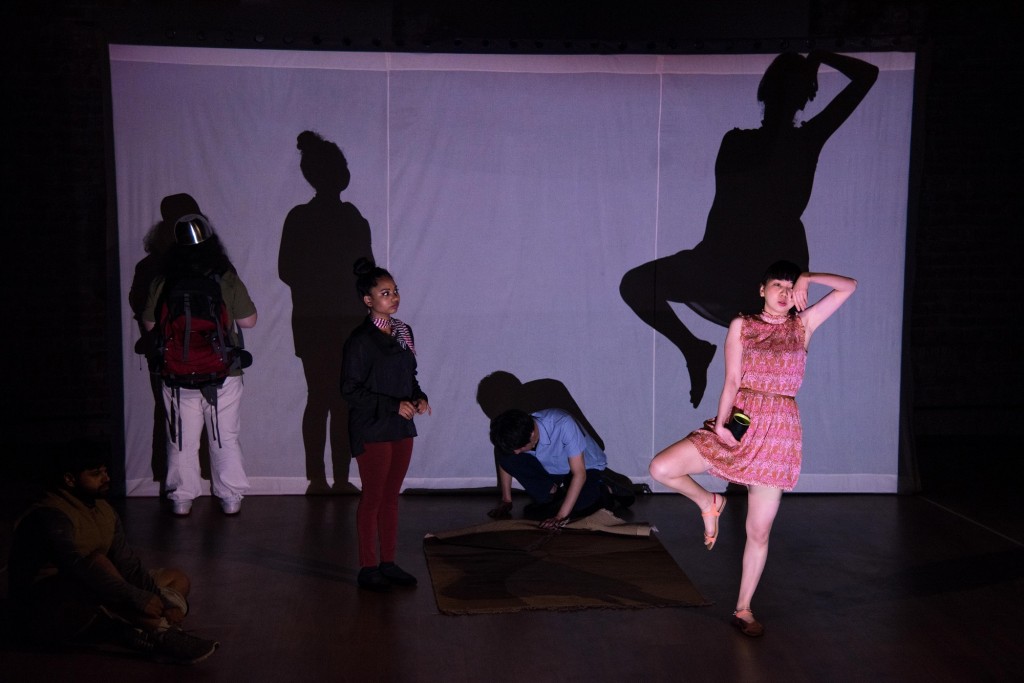 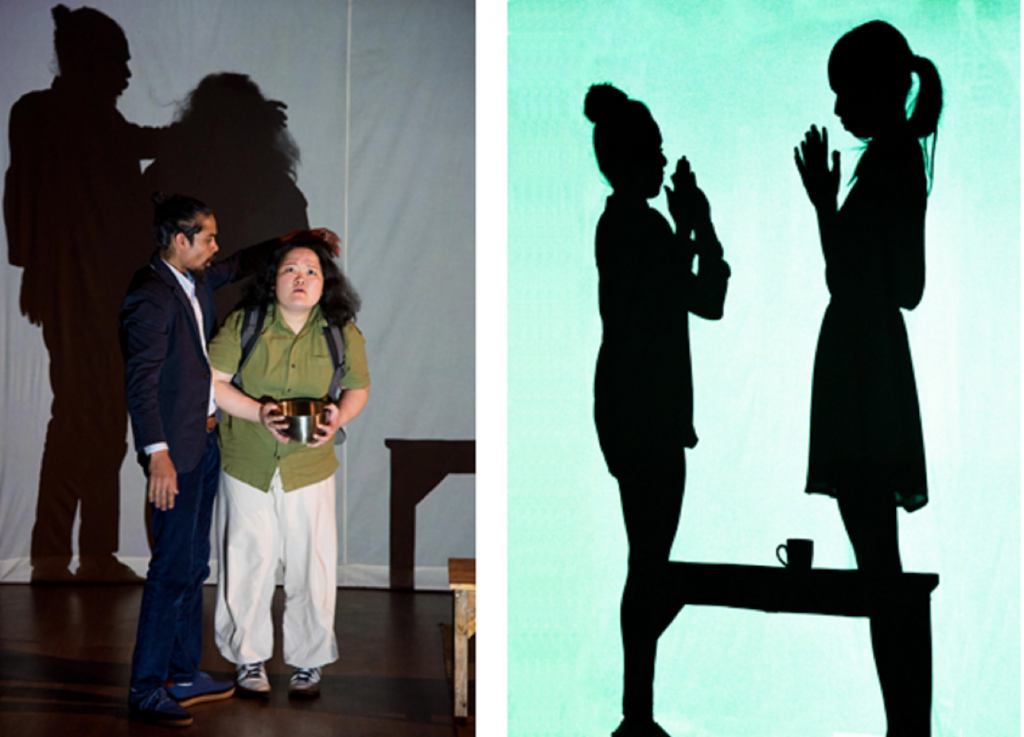 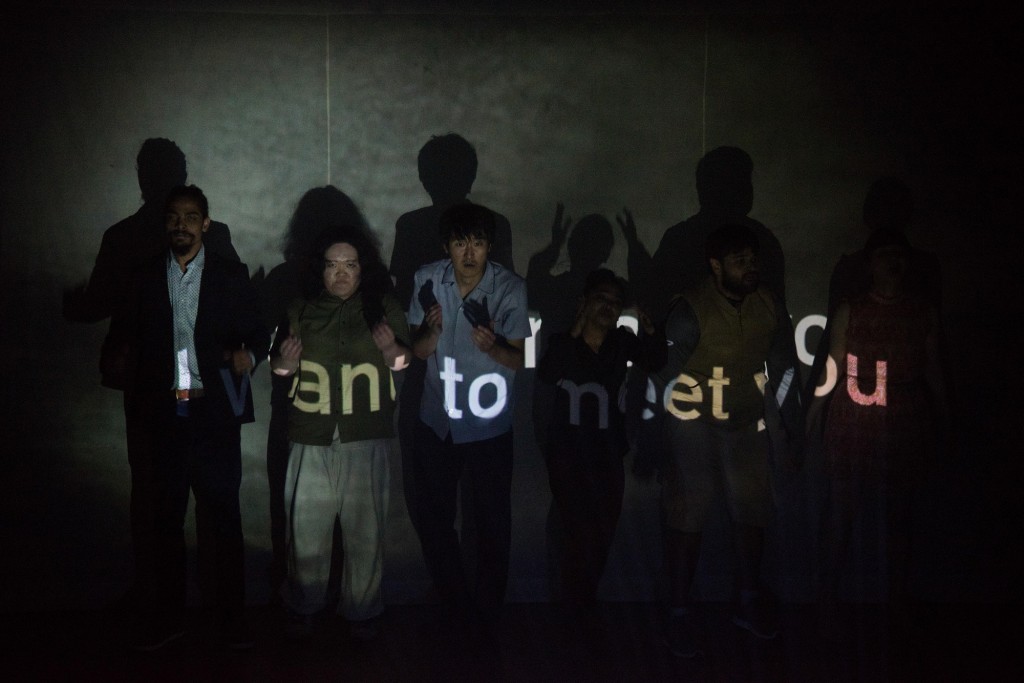 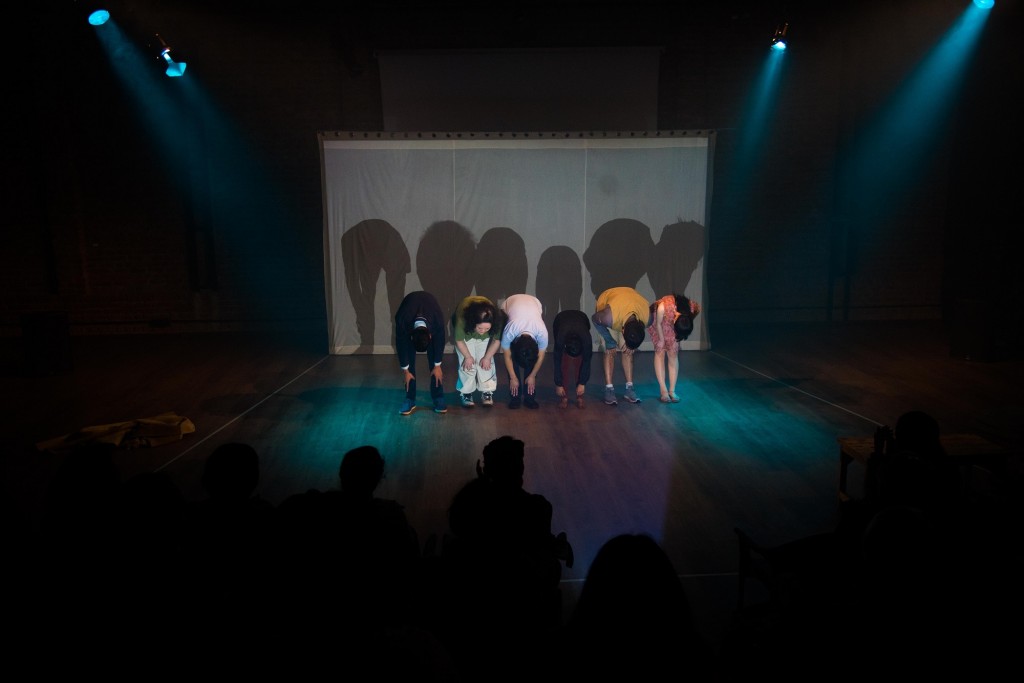 0 thoughts on “THIS WILL ONLY TAKE SEVERAL MINUTES”