Talk and Discussion on MODERN WOMEN: Finding the Strength Within

Home » Events » Talk and Discussion on MODERN WOMEN: Finding the Strength Within

The Japan Foundation is please to present this film festival with the theme “Modern Japanese Women: Finding Strength Within“ to celebrate the strength and courage of women in Japan and all over  the world. Through this festival, we are striving to show how the women in Japan live today, growing from strenth to strength in a rapidly changing world. 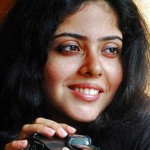 Ms. Kapur has previously worked on broadcasting television and is a published author on Culture, Communication Paradigm and Film Studies. Besides holding lectures, she is also a wiki educator and likes to travel, photograph and collect folklore.