The Japan Foundation, New Delhi participated in New Delhi World Book Fair 2015, where we mainly celebrated the launch of ‘Anguliyon ka Orchestra’, a Japanese comic book titled ‘Waga Yubi no Orchestra’, translated in Hindi. The original comic book in Japanese was written by Osamu Yamamoto and translated in Hindi by Tomoko Kikuchi. The book launch was supported by the Japan Foundation, New Delhi’s grant program.

‘Anguliyon ka Orchestra’ is based on a real story of Kiyoshi Takahashi and centres on visual and hearing disabilities. Takahashi is an able-bodied, once dreamt to study music in Europe, but succumbing financial difficulties, decided to work for a deaf-mute school, where he faces the soundless world, opposite to music. One of his students, Issaku, is undisciplined due to his deafness- he only expresses his frustration of his disability in violence. His attitude is so terrible that no one has been able to teach him. The teacher, Takahashi, discovers the complex world of silence, difficulties and misunderstanding that surround Issaku. He starts to study about the disability and its solution to help work with Issaku. With Takahashi’s support, Issaku gradually overcomes difficulties of disability and violent attitudes. 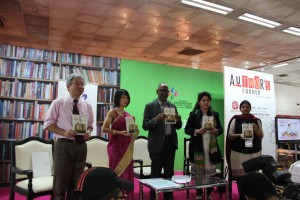 For the event of book launch, the writer of the book, Yamamoto, sent his congratulatory message from Japan. The next day of the event, we invited students of Noida Deaf Society to the introduction event of the book, where the story of the book presented by the translator, Kikuchi, with the assistance of sign language. Also, copies of the book were distributed to the students. Having being introduced the story, one of the students told us- ‘I had the same feeling as Issaku had. But I’m encouraged by the story now that I feel I can do it as Issaku has done it’.

In addition to the events, various books on Japan, including books on travel, history, tradition, architecture, pop culture and Japanese language, Japanese novels of different periods, magazines and comic books were exhibited. Among the exhibited books, we specially featured the books with Chihiro Iwasaki’s illustration. Also, there were quiz sessions on Japan and origami workshops that visitors of different ages, from school students to the elders, enjoyed.

Thank you for your visit and hope to see you again at our up-coming events. 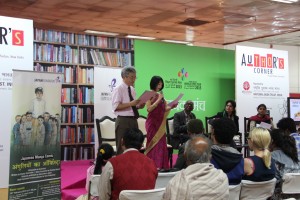 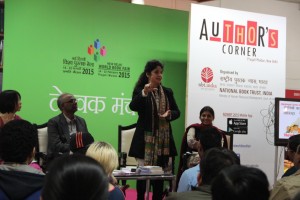 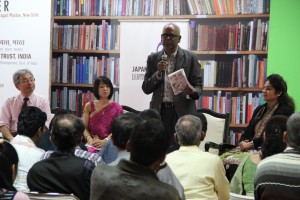 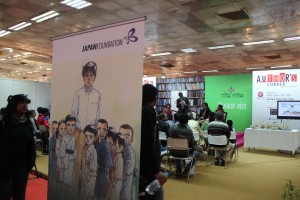 Introduction by the Translator, Tomoko Kikuchi 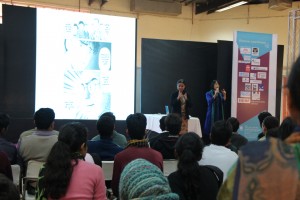 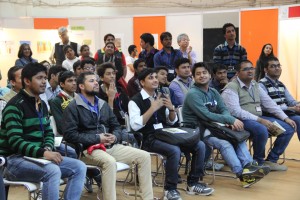 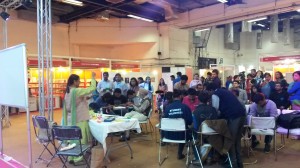 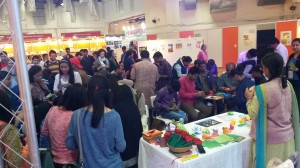 Japan Quiz: How much do you know about Japan?
Date: 20th February, 2015
Time: Several times in the afternoon 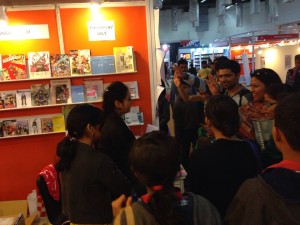 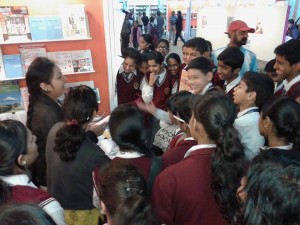 Display of Books with Chihiro Iwasaki’s Illustration
Date/ Time: all day during the fair
(Chihiro Iwasaki is the illustrator of ‘Totto-chan The Little Girl at the Window’.)