(Discounted Tickets are available at Box Office and Book My Show- https://in.bookmyshow.com/movies/wolf-children/ET00118521)

Introduction :
Mamoru Hosoda is the world’s most attention-getting animation director today.
In “The Girl Who Leapt Through Time” (2006), he portrayed the coming of age of a female high school student with a supernatural power to leap through time. In “SUMMER WARS” (2009), he used on his own experiences with relatives he gained through marriage to depict a bond between a big extended family and a high school student who lives both in cyberspace and the real world.
And now, the long-awaited new film by Director Mamoru Hosoda, “Wolf Children” will be released in 2012. Its theme is “parent and child,” which lies beyond “coming of age” and “marriage,” which were the themes of his two previous films. The encounter of the 19-year-old main character Hana with a “wolf man,” their love, marriage, childbirth, and child-rearing… The 13 years of their “wolf children’s” growth and development into independent individuals… It is an epic about a mother and her children.

Story :
College student Hana falls in love with “him” as soon as they meet. She later finds out that he only looks like a human but is actually a “wolf man,” but it doesn’tchange how she feels about him. They move in together and soon have children. They name their first child, a girl, Yuki for “snow” since she was born on a snowy day and their second child, a boy, Ame for “rain” since he was born on a rainy day.

Yuki is active and curious. Ame is frail and timid. They are seemingly an ordinary family, but the children are both human and wolf—they are “wolf children.” Hidingthis fact, they live inconspicuously in a quiet neighborhood of the city. Their life is modest but happy. Then one day, the happiness they thought would go on forever is suddenly taken away from them with the death of the father, the wolf man.

Hana is devastated but is determined to raise their two children well. She decides to move out of the city and takes the children to the countryside surroundedby harsh yet rich nature to give them the choice of being “humans” or “wolves” in the future… 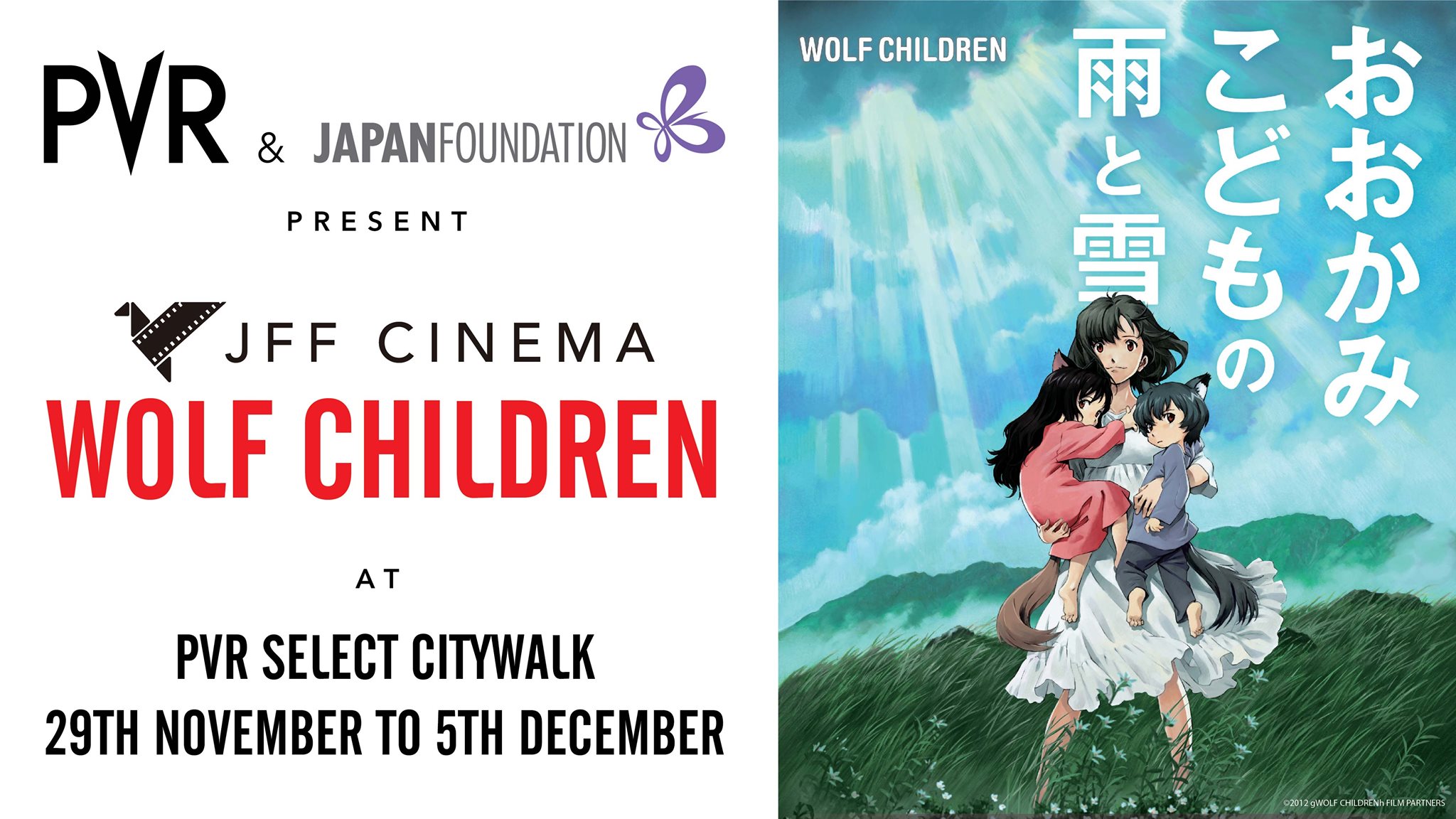