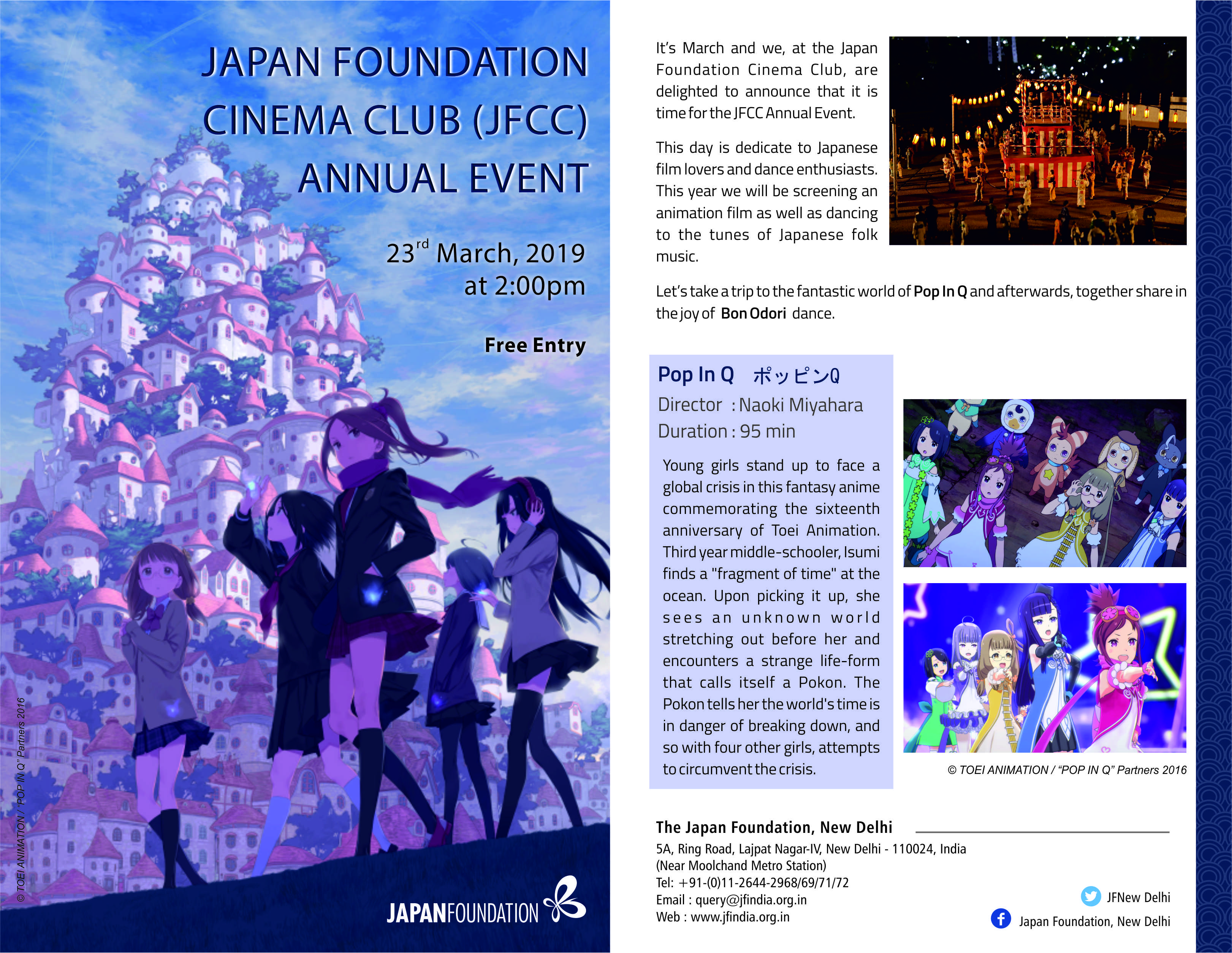 It’s March and we, at the Japan Foundation Cinema Club, are delighted to announce that it is time for the JFCC Annual Event. This day is dedicated to Japanese film lovers and dance enthusiasts. This year we will be screening animation film as well as dancing to the tunes of Japanese folk music.
Let’s take a trip to the fantastic world of Pop In Q and afterwards, together share in the joy of Bon Odori dance.

Film: Pop In Q ポッピンQ: Young girls stand up to face a global crisis in this fantasy anime commemorating the sixteenth anniversary of Toei Animation. Third-year middle-schooler, Isumi finds a “fragment of time” at the ocean. Upon picking it up, she sees an unknown world stretching out before her and encounters a strange life-form that calls itself a Pokon. The Pokon tells her the world’s time is in danger of breaking down, and so with four other girls, attempts to circumvent the crisis.