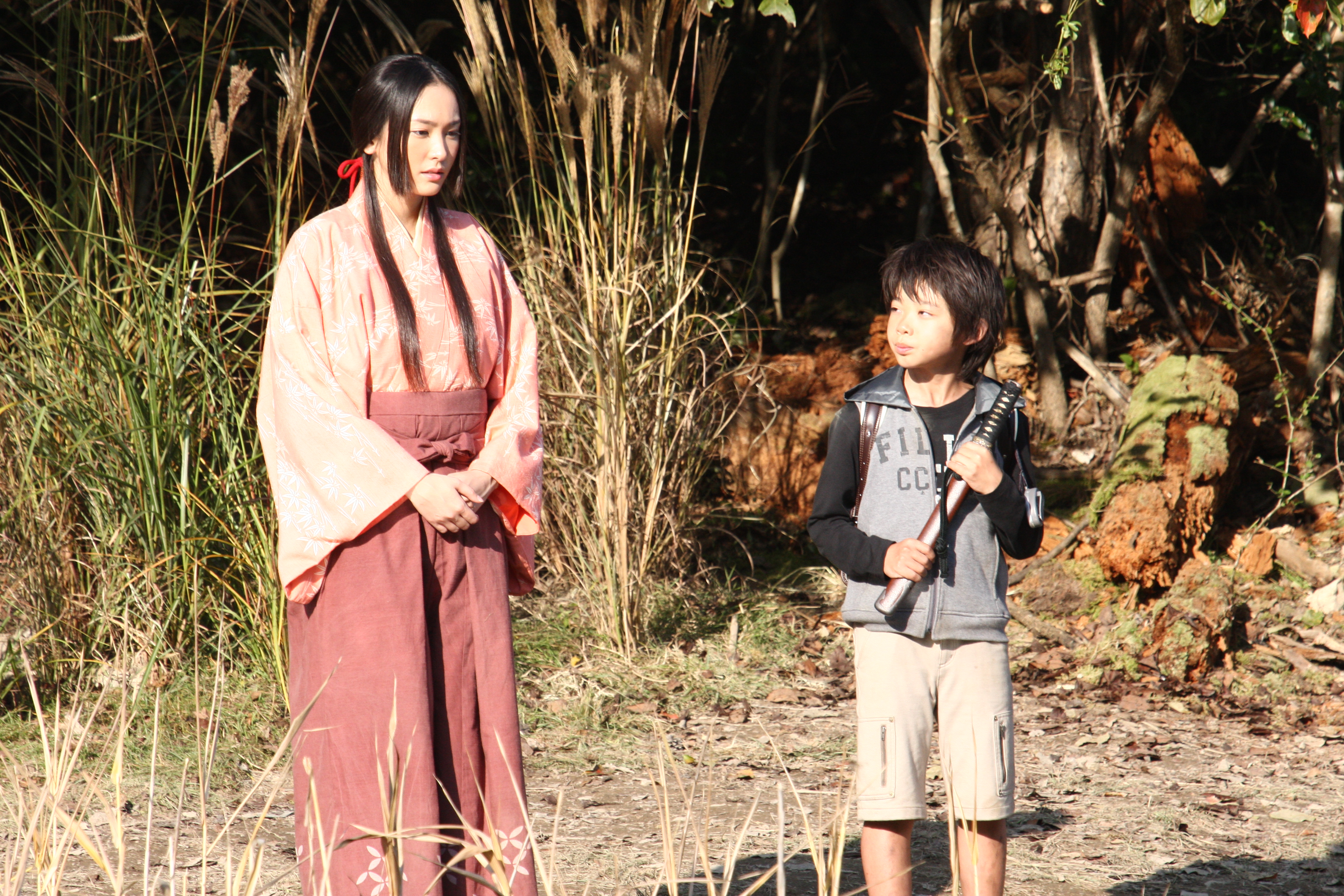 By sheer chance, the much-bullied Shinichi is transported back to 1574. His sudden arrival happens to save the life of Ijiri Matabee, a samurai general known as “Demon Ijiri,” and he soon realizes that Matabee and Princess Ren, the daughter of his lord and a childhood friend, are in love with each other. But Princess Ren’s beauty has become famous throughout the region, and Takatora, a fiery-tempered lord of a powerful domain, asks for her hand in marriage. She refuses, touching off a battle between the two domains.