The Japan Foundation, New Delhi invited an internationally known Japanese photographer, Naoya Hatakeyama to the Delhi Photo Festival 2015. The Delhi Photo Festival is a biennial international festival for photography that brings the real democratic art form, photography, into the public space, bringing awareness and appreciation to the art, and offering an opportunity to learn photography as an art form. During the festival, Naoya Hatakeyama attended to the Portfolio Review and Artist Talk, and conducted Master Class.

The review session started a half an hour later than planned due to the Delhi marathon, for which roads were closed. Naoya Hatakeyama was one of the fourteen reviewers and reviewed the nine portfolios out of fifteen. He carefully listened to each photographer and talked with them. 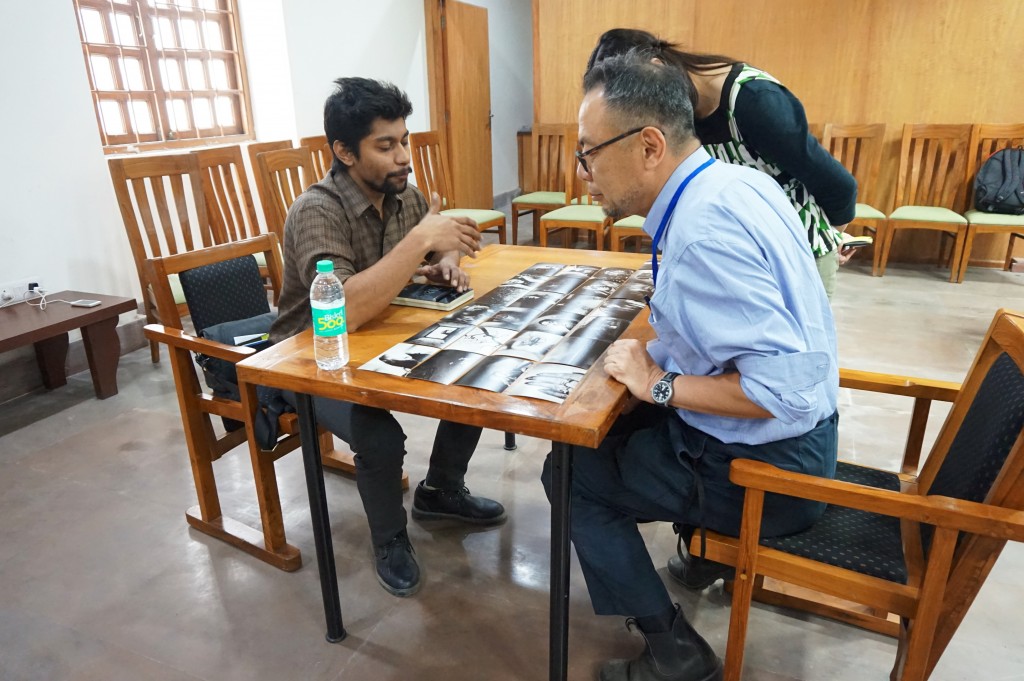 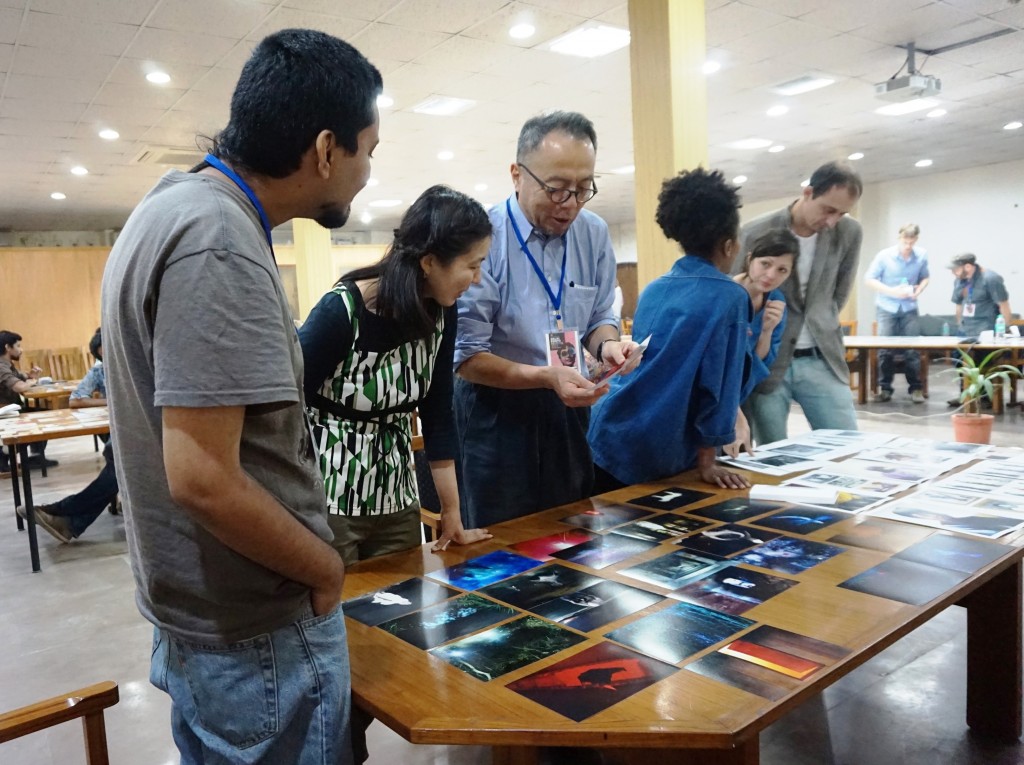 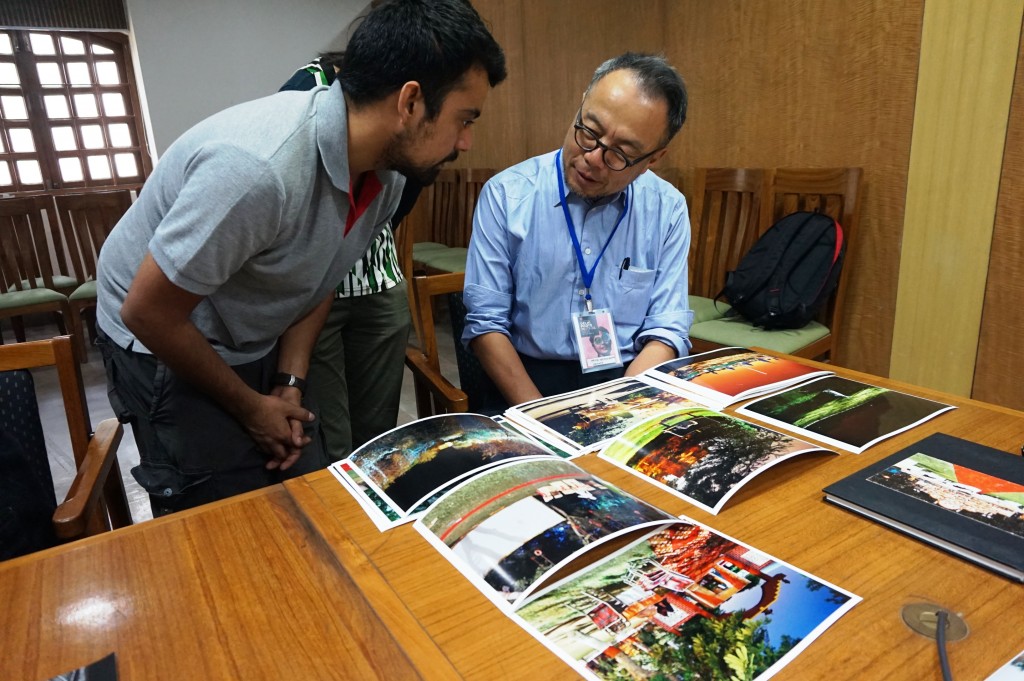 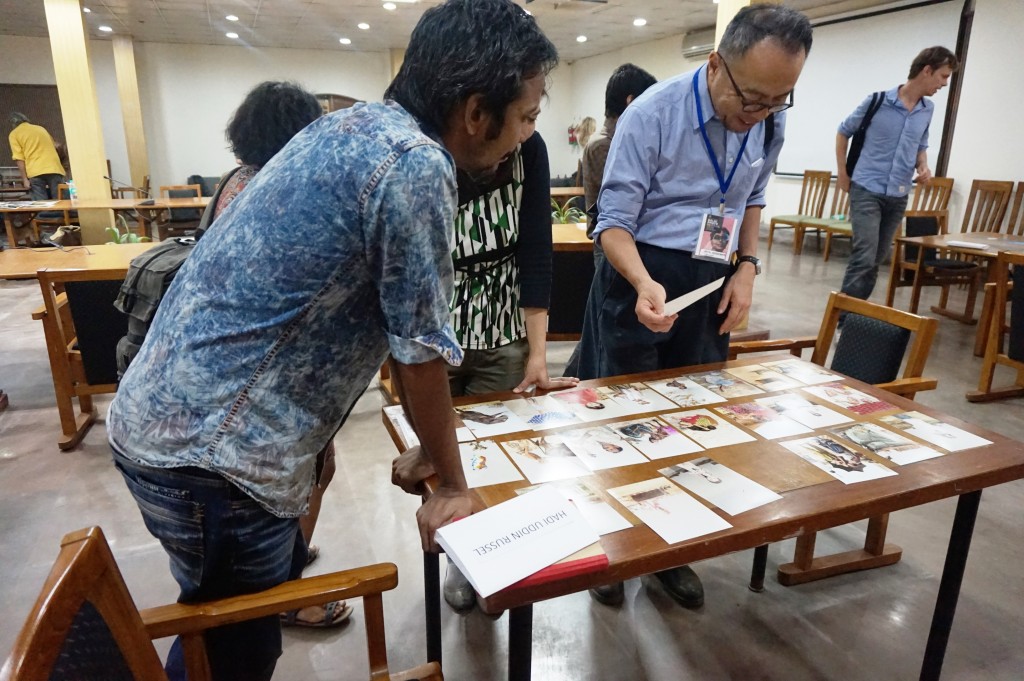 Naoya Hatakeyama was the third speaker of the four photographers who talked in the event. He mentioned his hometown, which is in Tohoku (Eastern) region of Japan, where was affected by the Great East Japan Earthquake. He also spoke on the tie among the rural and urban areas and nature, showing the images of his own works and exhibitions on lime factory and underground water channel of Tokyo. When the image of a lime factory was presented, deep breathes of admiration from the audience were heard, from which we found Naoya’s presentation sounded interesting and was fruitful to the audience who work in the field of photography. There were two hundred and fifty people in the audience including standee.

Watch the Artist Talk at https://www.youtube.com/watch?v=Lsnl0zCmlJk 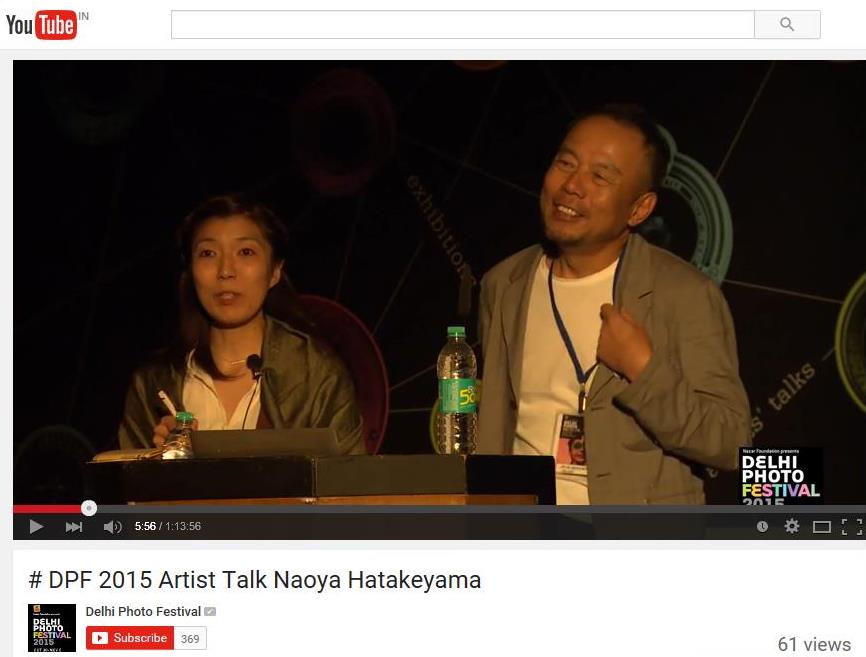 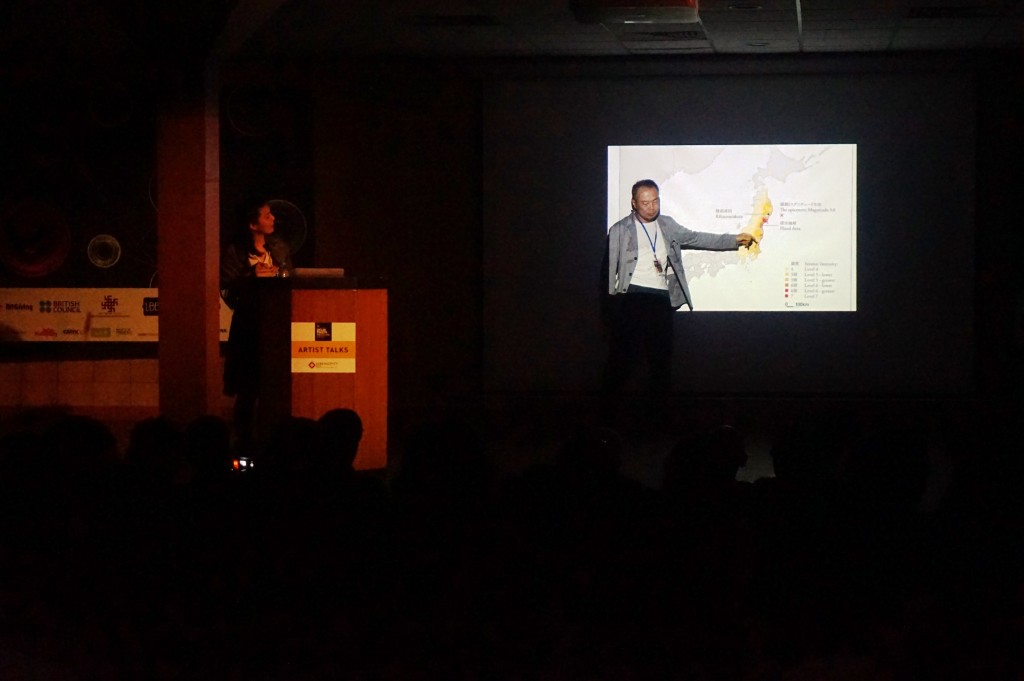 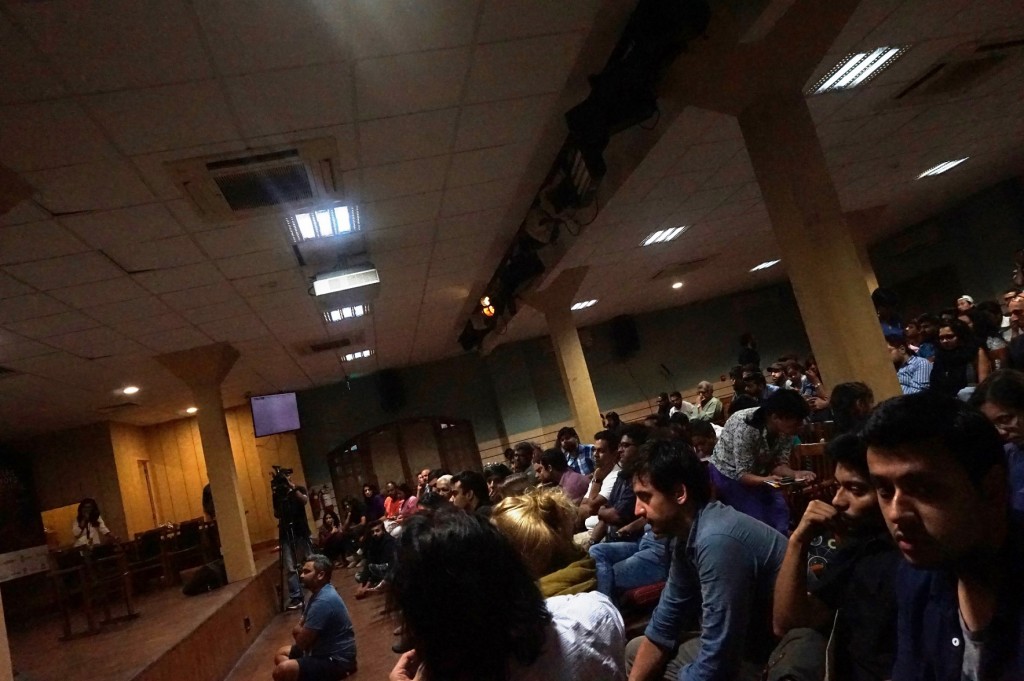 Twelve photographers participated in the masterclass, some of whom had attended the Portfolio Review and/or the Artist Talk earlier. In the masterclass, Naoya Hatakeyama showed the initial part of his documentary film, Tracing the Future, and talked mainly about his experience in Tohoku region, Japan, the earthquake-affected area. Balancing the severe situation after the earthquake with himself as a photographer, Naoya exposed his confusion and insecurity, which might have inspired the participants, who are also photographers and in their own journeys of photography. 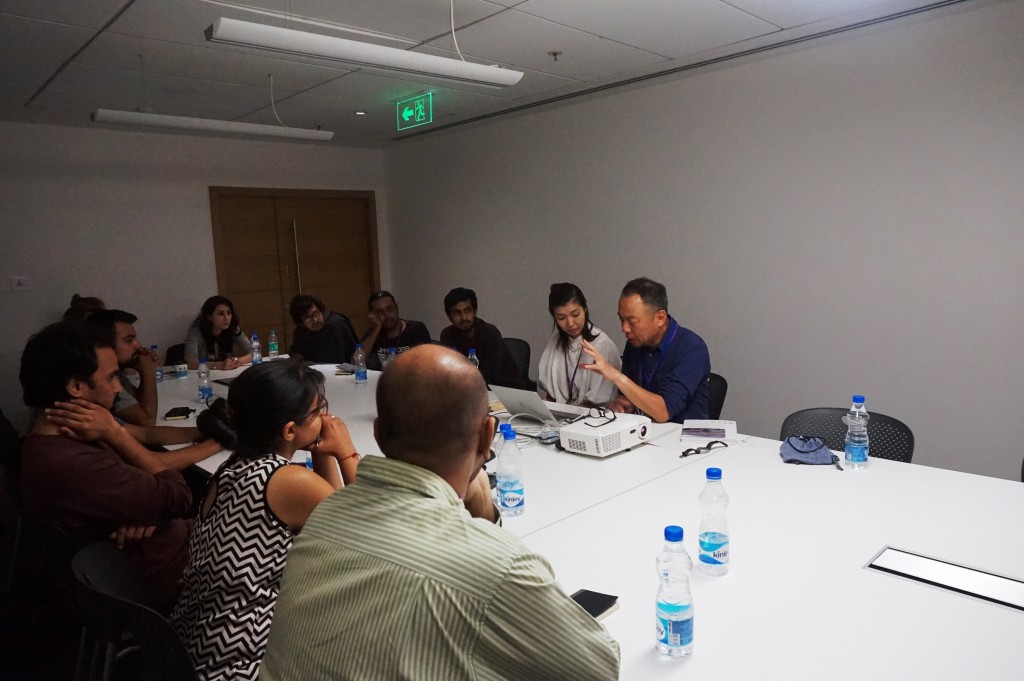 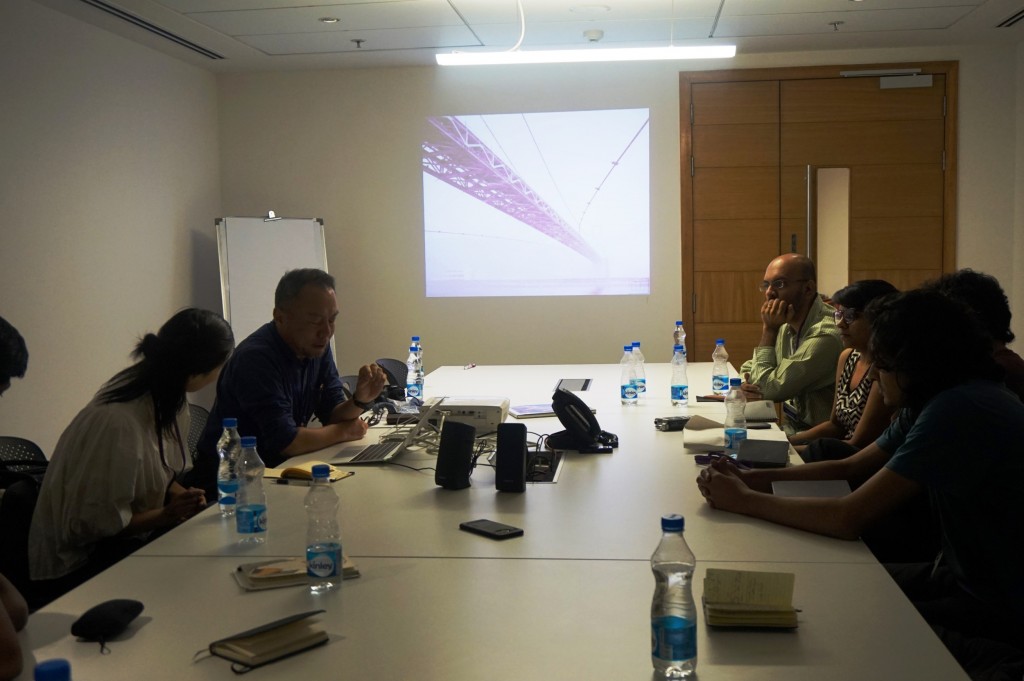 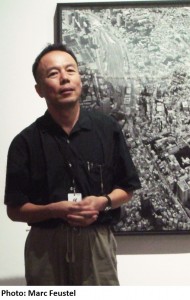 Naoya Hatakeyama was born in 1958 in Iwate prefecture, Japan. As a high school student, he established an art club with his friends, who were interested in painting. Later he entered the University of Tsukuba, and studied photography in the Visual Communication Design course under the supervision of Kiyoshi Otsuji. His works mainly focus on relation among nature, city and photography. He has presented works capturing limestone mines and factories of various places, the moments when mining sites are being blasted, and photos of complexes of architectures and underground water channels in urban cities.

♦  The 22nd Kimura Ihei Award with a photo book, ‘Lime Works’, and, a photo exhibition, ‘Maquette of City’, 1997
♦  The Domestic Photographer Prize, Higashikawa Prize, 2000
♦  Mainichi Culture Award with ‘Underground’, 2001
♦  Annual Award by the Photographic Society of Japan, 2003
♦ Encouragement Award for Fine Arts by the Minister of Education, Culture, Sports, Science and Technology of the Government of Japan with a solo exhibition ‘Natural Stories’, 2012
♦ Golden Lion for Best National Participation for ‘Architecture, possible here? Home-for-All’, Japan Pavilion, the 13th Venice Biennale of Architecture, 2012